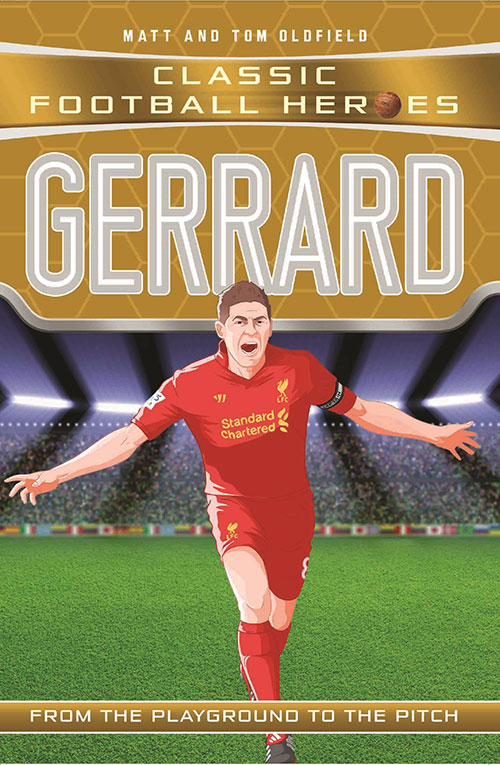 ‘Liverpool Champions of Europe. Stevie was on top of the world.’
Gerrard tells of how a young boy from Merseyside would go on to captain his club for over a decade, inspiring their legendary Champions League and FA Cup wins along the way. This is the story of Steven Gerrard, Liverpool’s greatest ever player.

“Great book for football fans and Steven Gerrard fans. Also good for reading practice, the story of Gerrard’s time with the football club.”

“This is the fourth I’ve read in this series and you really feel like you know the player and you go through everything together. Every season, every goal, every thing that happens you felt like you were there and experiencing it.”

“I’ve really enjoyed reading this great book. I learned some things about Steven that I didn’t know before. Well done, Matt and Tom!”

“A must for a young Liverpool fan!”