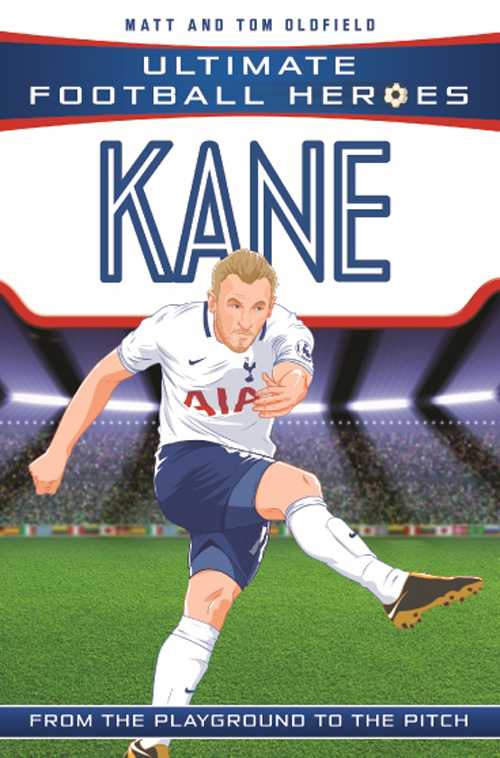 When Harry Kane was released by Arsenal at nine years old for being too small, he had to use all his self-belief to prove that he could make it as a footballer. Now a superstar striker for Tottenham Hotspur and England, his hard work and determination have paid off. Kane is the amazing story of how the boy from North London became the Premier League’s most lethal goalscorer.

“Outstanding. This book was so good I read it in one day, I literally did not want to put it down. That is a great book.”

“Love these books, purchased 3 now plan to collect them all. My son dreams about playing football after reading them at bedtime.”

“Harry Kane is my favourite player for Tottenham but this book was amazing. I nearly finished the series and this has been my favourite one by far!!!

“Five Stars! Reading this to my son. It’s great and shows Kane’s passion for football and his beloved Spurs.”

“Brilliant, 5 🌟 because this was interesting. Well done to Matt and Tom Oldfield, passed the time.”

“My son really wanted this book, as he is a huge Spurs fan. He is not disappointed, he is a very delighted 10 year old.”

“A good little read for a Spurs fan.”

ALSO AVAILABLE IN EBOOK AND AUDIOBOOK