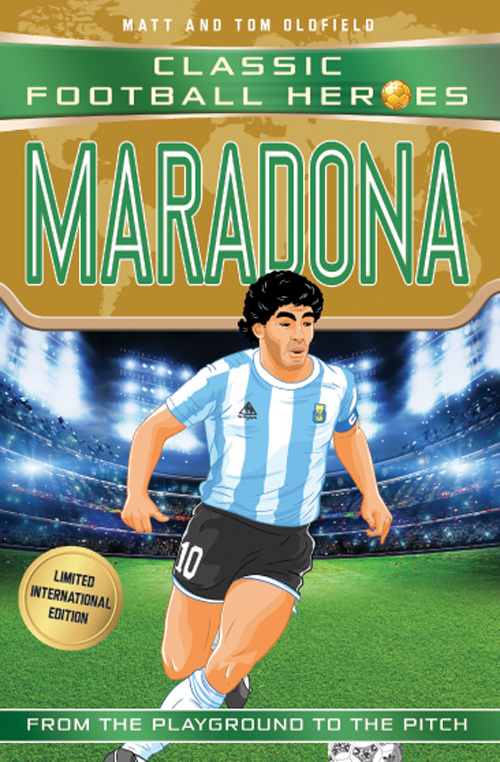 Diego Maradona is a true footballing legend, and arguably the greatest player ever. The Argentinian playmaker was renowned for his unbelievable skills and agility, as he effortlessly weaved his way up the pitch and through the opposition defence. Nicknamed ‘The Golden Boy’, Maradona earned ninety-one caps and scored thirty-one goals for his country, including in the 1986 World Cup where he captained his team to victory – scoring the two most famous goals of all time, against England, along the way!

“A very fun read that is perfect for a young footballer. I couldn’t stop reading it! Maradona was the greatest player ever!”

“I recommend it for younger readers. It was good with the Hand of God.”