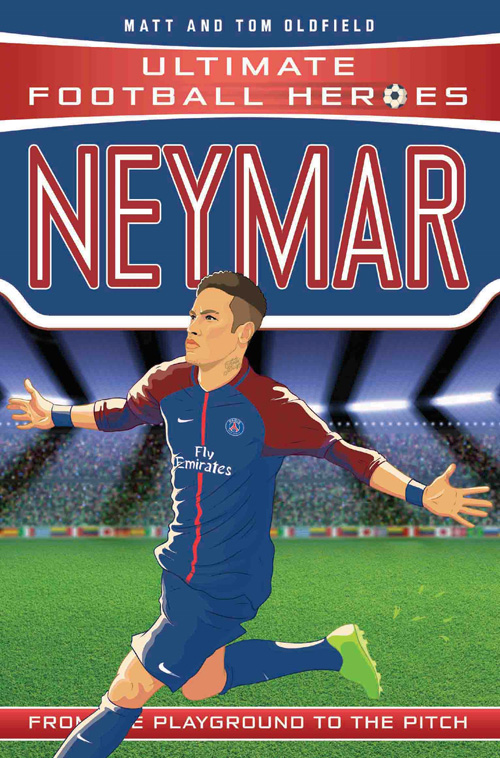 ‘As Neymar Jr made the long walk to the penalty spot, he knew this was his chance, the one that he had dreamed of since the age of three. If he scored, Brazil would be Olympic Champions for the first time ever.’
Neymar da Silva Santos Júnior is the boy who carries the hopes of Brazil on his shoulders. Although he now faces a new challenge at Paris Saint-Germain, it was his years playing for Barcelona, in a fearsome attacking trident alongside Messi and Suarez, that made him a legend across the world. This is the heart-warming true story of Neymar’s road to glory.

“Really good, will buy more of the set. Kept my son, who has a real dislike for reading, entertained.”

“This book gives a good background of the good soccer player named Neymar Dos Santos Junior and how he made it big from Brazil looking up to players such as Pele, Ronaldo, and Ronaldinho. It shows that he was born in Brazil, played for a club named Santos and the Brazil National team. He started playing soccer for Santos when he was only 12 years old and he was a wonder-kid. In 2013 he was saddened but happy that he was going to leave his awesome team but was so happy because he was going to a team that was possibly the best team in world, FC Barcelona.”

“I bought 4 of this series for my footie-mad grandson. I had a look and thought these have been written with the average 10-12 year-old boy in mind. Written as a story of the hero’s life.”

“Gr8 book. I really like neighmar (and horses) but my son didn’t enjoy it as much. Still good though and  we really like Matt.”