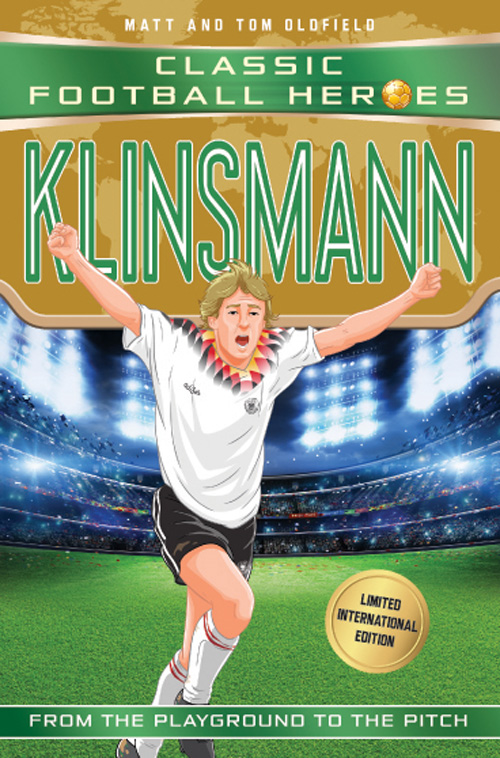 Jurgen Klinsmann: deadly goal-poacher, Tottenham Hotspur hero, world champion. After helping to beat England in the 1990 World Cup, the German striker came to play for Tottenham Hotspur – but it took a long time for Spurs fans to grow to love him. Yet with his competitive spirit, humour and his amazing talent for conjuring a goal from thin air, he quickly became a North London legend. This is his exciting story.

“My grandsons love this series.”